Plans in place for a new High Park zoo 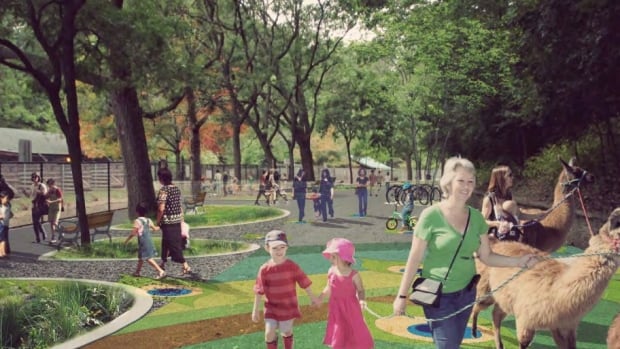 The plan for the High Park Zoo will include places to pet llamas and bunnies. (Friends of High Park Zoo/supplied)

The Friends of High Park Zoo just unveiled a plan to redesign the 120-year-old attraction. Board chair John Formosa said the redesign will improve the space for people who visit and the animals that live there.

Work is set to begin in 2017 to get the zoo more greenery, better flood protection and improved facilities for the animals.

Formosa said three animals will benefit most: the bison are getting a big upgrade, he said, and there will be a new area to feed and pet the bunnies and llamas. 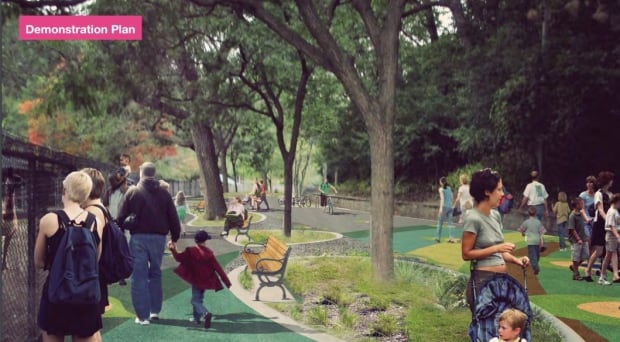 In addition, Friends of High Park Zoo are planting 100 trees and adding green islands to the paved roadway in the centre of the zoo. They’re adding more educational facilities, too, Formosa said.

But the key to the redesigns is retaining the zoo’s heritage, said Formosa. The group wanted to keep the zoo experience low-key and intimate.

Speaking on Metro Morning Wednesday, Formosa said the local community proved its commitment to the zoo by stepping forward to raise private donations when the city pulled the zoo’s operating funds from its budget in 2011.

“It’s been around for more than 120 years. It’s always been free,” he said.B “The intimacy you see there between children and animals, it’s really quite compelling.”

On Jan. 28, Formosa and the board of directors unveiled the master plan to a small audience of volunteers and residents. The plans were well-received then, but more public input will be sought in a design phase.

The city is doing road improvements soon, so the group is looking to coordinate. The group is hoping to start the renovations in 2017.

Friends of High Park Zoo (FHPZ) was formed in 2012 to raise the necessary funds to ensure that the Zoo remained open in the wake of City budget cuts for the 2012 and 2013 operating years. With the City restoring operating funding in 2014, FHPZ looks to raise sustainable funding from individuals, corporations and local businesses to enhance and sustain the Zoo.

Your ticket for the: Plans in place for a new High Park zoo

Plans in place for a new High Park zoo